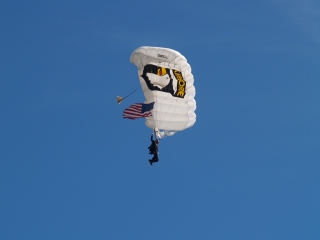 The team can trace its history as far back as the late 1950s, during the infancy of precision freefall. The original team members were a group of soldiers who volunteered their personal time to practice and perform quality parachute demonstrations. Noticing the success, the command group opted to form a full time team in 1984.