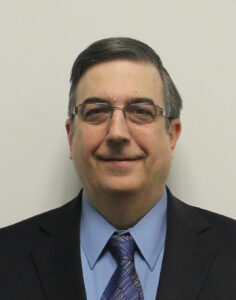 Do you feel the thunder? It’s now less than a year away. The 2018 Arctic Thunder Open House is scheduled for June 30th and July 1st, several weeks earlier than previous open house events. The Association has been working with the new Director, Major Jeri-Lynn “Moonbeam” Harper, and the Force Support Squadron commander, Lt. Col Joshua Hawkins, for numerous months assisting with the planning of event, and I can’t tell you how exciting the next Arctic Thunder is going to be! The community outreach and support from these two officers, as well as JBER senior leaders, like Col Dietrich, has never been stronger or more enthusiastic.

Already, the Association has solidified a number of outstanding performers to provide to Arctic Thunder, through the generosity of sponsorship donations. These include world renowned headliners, including:

And we are bringing back local favorites, including:

We are also looking to add Bob Carlton and his Subsonix microjet.

Finally, we are engaging Paul and Kimberleigh Gavin for the design of another incredible poster.

For their part, the Air Force will also be bringing several aerobatic performers to Arctic Thunder as well, along with demonstrations by our frontline fighter and airlift aircraft, the ever popular Joint Forces demonstration, and the United States Air Force Thunderbirds jet team. Additionally, the earlier date will likely allow for the participation of allied aircraft that would be part of local exercises.
Our ability to help make Arctic Thunder the top-drawer, quality attraction it has become depends entirely on the support of community sponsors, which totaled well over 40 in number, a record achievement! Our sponsors represent all kinds of businesses and business lines, from all over the Anchorage bowl, as well as some from Fairbanks, and also national and international companies. This year, given the number of performers, we hope to exceed 50 sponsors. I encourage you to speak with your corporate leadership about donating to the Alaska Air Show Association, whether to take advantage of our non-profit tax deduction advantage, or as a shrewd investment of your marketing dollars. Simply (Click here) or on the donate tab to get started.

I would also like to offer a word of thanks to the work of the Association’s Board of Directors and Board Officers, who dedicate a wealth of time to bring to Anchorage and Alaska a world-class, free event that is enjoyed by over 200,000 air show fans.