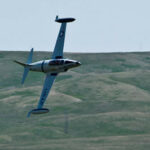 Gregory “Wired” Colyer took his first flight at age 7 in a Cessna 172 with Dr. Lee Schaller out of the Schellville airport in Sonoma, California. Hooked ever since, Greg has been flying for almost 3 decades after earning his license in 1982 while serving in the US Army from 1982-1987. His passion for the cockpit never left him as he continued to fly as a hobby and an occasional airshow. After flying with his friend Kay Eckhart, in one of his Lockheed T-33s in 2007, Greg set his sights on an upgrade to the U.S. Air Force’s first operational jet and a real piece of U.S. aviation history, acquiring a T-33 and naming it Ace Maker in 2008. Greg holds a Commercial Pilot certificate with instrument, single and multi engine ratings as well as being a Certified Flight Instructor. Type rated in Aero Vodochody’s L-29 Delfin, L-39 Albatros and the Lockheed T-33 Shooting Star. A level I Aerobatic low level card and FAST lead formation card round out his qualifications. 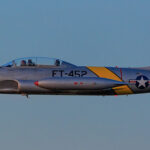 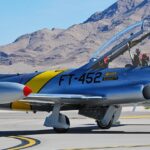 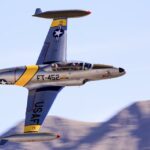