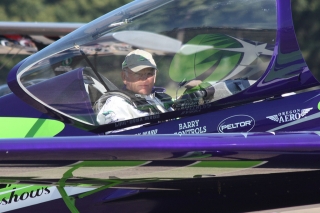 Gary started flying airshows in 1998 in a Pitts S2-B and then flew airshows in the Giles 202 from 1999 through 2005. In 2006 he became the first pilot to fly airshows in the awesome and exciting new MX2! The MX2 is an all carbon fiber monoplane powered by a 6 cylinder Lycoming engine “pumped up” by Lycon and is truly “state of the art” in all out aerobatic aircraft.

Gary Ward’s performance in the MX-2 at the 2010 Alaska Airshow is now live on youtube. Check it out!