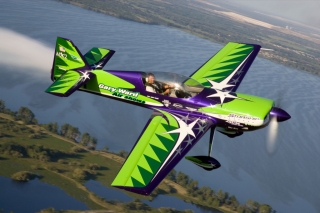 Gary began his airshow career in 1998 in a Pitts S2-B. In 1999, he moved to the Giles 202 and in 2006, he became the first pilot to begin flying airshows in the awesome new MX2! The MX2 is the absolute latest in unlimited aerobatic aircraft. It is strong, fast, and very agile! The entire airframe is constructed of aerospace quality carbon fiber to provide maximum strength and stiffness with minimum weight. The MX2 is powered by a Lycoming engine modified by LYCON to produce more than 350 HP! Please check out our website for more information about one of the most exciting and entertaining performances you will ever see in any aircraft.

Gary started flying airshows in 1998 in a Pitts S2-B and then flew airshows in the Giles 202 from 1999 through 2005. In 2006 he became the first pilot to fly airshows in the awesome and exciting new MX2! The MX2 is an all carbon fiber monoplane powered by a 6 cylinder Lycoming engine “pumped up” by Lycon and is truly “state of the art” in all out aerobatic aircraft. 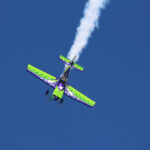 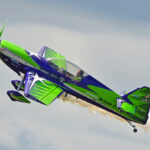 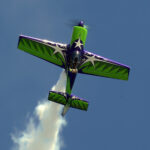 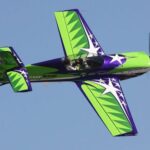